When Thangjam Manorama was arrested and killed by the Assam Rifles in July 2004 in Manipur, it unleashed a protest likes of which no one had witnessed before. This was one of the triggers for this collection - to provide a space for women and men from the 'Northeast' to tell us about the issues that confronted them daily, to talk about the pressures, the insecurities, the uncertainties confronting them in an area that has been facing low intensity warfare for decades.

The anger and the frustrations of the Manipuri women who staged that dramatic protest after Manorama's killing have in many ways been vindicated. Each essay in this book brings to mind that troubling image, each contributor points to the Manipuri women, holding them up as a flag of rebellion, of protest, of questioning. Each essay questions issues of nation, identity, of what makes the people of the Northeast so alienated from the 'mainstream'.

Many contributors are writers, academics or activists from the Northeast but there are many are, like the editor, 'outsiders'. But outsiders who share a passion for the region and an intense desire to see change, to see peace. (Ref: Zubaan Books Website Url : http://zubaanbooks.com/shop/these-hills-called-home-stories-from-a-war-zone/ )

"It's impossible to cover the import of all the essays in the span of one review. But in short, the book is a brave attempt to cover just about everything there is to know about the region from a concerned citizen's point of view."-- Susan Abraham, DNA

Check Delivery at your pincode

When the river sleeps

Traditional culture of the Angami Nagas 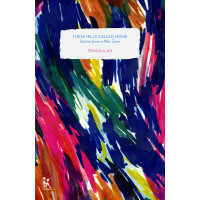 THESE HILLS CALLED HOME: STORIES FROM A WAR ZONE By TEMSULA AO 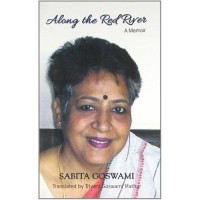 ALONG THE RED RIVER: A MEMOIR By Sabita Goswami

When the river sleeps by Easterine Kire

<!-- This HTML code is to redirect to cart after adding product to the cart. Must use the same hash number to work --!>