Oken Jeet Sandham began his career with the Weekly Journal, Kohima as early as in 1987. The Weekly Journal was later rechristened as the Nagaland Journal. He worked with The Statesman as a stringer from 1998 to 2000 before joining the Hindustan Times till 2001 as a stringer. He writes regularly on various issues - politics, socio-economy, sports, governance , insurgency, tourism, culture etc. His writings have been widely published and a number of his activities have also been published in various magazines around the world. He was founder-editor of Eastern Voice in 1992 when it was first published in 1992 from Kohima. He was Editor of the Northeast Herald, (now defunct).He is currently Editor of  the North East Press Service (NEPS), www.nepsnews.in, an independent news agency published from Kohima, Nagaland. He has been in Martial Arts activities, particularly Muaythai for the last nearly three decades and has widely traveled. He was Vice Chairman of Development Commission of the International Federation of Muaythai Amateur (IFMA), www.ifmamuaythai.org, Bangkok, Thailand and was also Executive Member of the Federation of Amateur Muaythai of Asia (F4MA), Singapore. He was the only Indian who became the founder-Member of World Muavthai Council (WMC), www.wmcmuaythai.org  , when it was formally established in 1995 at Bangkok, Thailand. He led Indian Muaythai Teams to a number of World Muaythai Championships, Seminars, Conventions, and Workshops. He led the Indian Muaythai Team to the 13th Asian Games held in Bangkok in 1998 and was also Jury in the 24th SEA Games in 2007 at Korat. Thailand. He also led Indian Muavthai Team in the World Sports for All Games in 2008 at Busan, South Korea. He was the founder-President of Muaythai Federation of India (MFI) when it was established in 1990. Chairman of K-1 Federation of India (K-1FI) and President of IMAFI, India. He is also Secretary General of the International Muaythai Alliance Federation Inc (IMAFI). Word HQs, Manila. Philippines and also President of IMAFI, Asia. He served as Secretary of the prestigious Lions Club of Kohima from 2010-2015.

Check Delivery at your pincode

On Being a Naga 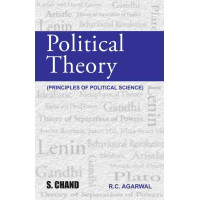 Reminiscing The Battle of Kohima by Rev. Savito Nagi

<!-- This HTML code is to redirect to cart after adding product to the cart. Must use the same hash number to work --!>